When she was in Middle School, she would sneak into empty classrooms when her friends were in P.E class and would tidy up the bookshelves.

Marie Kondo, 35, is well-known as Konmari. She is an author and a TV show host. She has written four books which sold over millions of copies around the world. Her binge-worthy TV show which is aired on Netflix called Tidying Up With Marie Kondo was nominated as Primetime Creative Arts Emmy Award for Outstanding Structured Reality Program and TCA Award for Outstanding Achievement in Reality.

We only know about her fame and how her goal is to help people live a life that sparks joy. However, here’s what we don’t know about the famous Japanese consultant before she rose to fame.

Continue scrolling to keep reading
Click the button below to start this article in quick view.

Kondo was born on October 9th, 1984 in Tokyo, Japan, and was deeply in love with organizing and cleaning up since she was a little girl. Kondo revealed that when she was in Middle School, she would sneak into empty classrooms when her friends were in P.E class and would tidy up the bookshelves.

Kondo also appointed herself as a bookshelf manager as in Japan, schoolchildren were encouraged to nominate themselves or one another to take up different roles. In fact, according to Wayforth, Kondo grew up practicing Shintoism, also known as the Shinto Religion.

Additionally, she used to keep her house tidy as well.

“My mother was applying the method, but to my eye, the house was not tidy enough to have the Feng Shui effect. I actually executed all the tidying up.” She told The Cut.

This religion plays a huge part in Kondo’s life as cleaning and organizing is a spiritual practice. Kondo mentioned that her passion came from her religion and with the time spent at the Shinto Shrine as an attendant maiden.

“I have spent more than half my life thinking about tidying.” She wrote in her book, Life-Changing Magic.

At the age of 16, Kondo had a nervous breakdown upon seeing her messy room. In an interview with London’s Sunday Times, the 35-year-old organizer said that the only thing she couldn’t do was tidy up. She had begun to see the things in her house as an adversary which she had to beat.

“I walked into my room with the rubbish bag in my hand. And I looked at my room and felt that I wanted to throw out everything in it. That was the climax of my stress, and at that moment I collapsed unconscious.”

That was when Kondo had received inspiration that told her to ‘look at things more carefully.’

Related: 16 Life Hacks From People Who Are Clearly Geniuses

From Writing Thesis To Becoming A Consultant

TheList reported that when Marie Kondo was in college, she wrote a sociology thesis called, ‘How to Declutter Your Apartment.’ This was when the method of Konmari was found. Promptly, she became a successful consultant and received clients that had to wait for 3 long months for a consultation. As a result, Kondo wrote her first book because her clients had requested her to write one, so they could learn about her method while waiting for their consultation.

Her book titled, The Life-Changing Magic of Tidying Up was released in Japan in 2010 and was soon translated into 40 different languages and released in 30 different countries. Later, it became a New York Times best-seller and made Kondo one of the most notable organizers and consultants in the world.

Since becoming a hit; especially in the US, Kondo wrote three other books, appeared on national T.V talk shows such as The Ellen DeGeneres Show and The Late Show with Stephen Colbert. Kondo has since then changed so many people’s lives and continues to do so by using a simple yet efficient method.

Next: 10 Satisfyingly Organized Spaces That Will Make Marie Kondo Proud 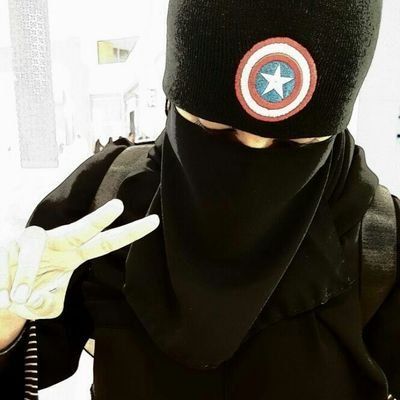 Aaliyah Salia is the author of the 13: We all Start as Strangers, a poet, freelance writer, Vlogger, Travel Enthusiast, Script Writer, Proofreader, and Gamer. She has written many fanfictions on the online writing platform called Wattpad and is a Level 2 Seller on Fiverr.