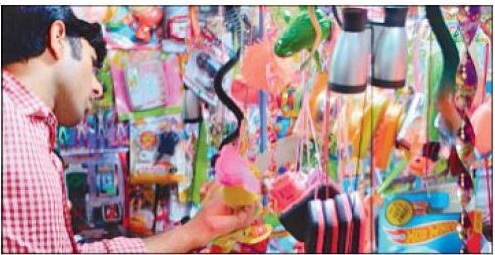 THE Confederation of All India Traders (CAIT ) on Tuesday strongly condemned China for its military aggression across the Line of Actual Control (LAC) in Ladakh where three Indian soldiers lost their lives recently. In the wake of these continued border skirmishes with China, the CAIT has decided to step up it’s nation-wide movement of boycott of Chinese goods which was launched on June 10 under its campaign “Bhartiya SamaanHamara Abhimaan”.

Taking the campaign forward, the CAIT on Tuesday released a list of over 450 broad categories of commodities to boycott Chinese goods and promote the use of Indian goods. By calling for the boycott of these Chinese products, the objective is to reduce import of Chinese finished goods by 13 BN USD or about Rs one lakh crore, by December 2021.

Manufacturing of these items do not require any sophisticated technology and even if they do, India is well equipped and therefore the goods manufactured in India can be used very easily in place of the Chinese goods which will reduce India’s dependence on China for these goods. Both leaders said that there are many items in India which are manufactured by domestic and foreign companies in India. Currently, such items are kept outside the purview of boycott. At present we are stressing only on Goods manufactured in China. Both leaders also said that the boycott also includes all types of Chinese applications.